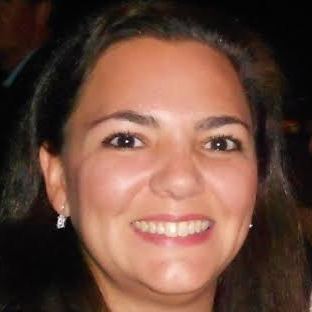 Tai cut her eye-teeth in the world of business in 1998 working for the #1 grocery-diverting company in the United States, American Food Distributors. At AFD, she started as the executive assistant to the Vice President of sales, Mr. Leonard Kanter. Tai worked her way up through the ranks ending her career as the Director of Logistics sustaining a 117 million-dollar transportation division. At that time there were 5 dispatchers under her guidance as well as warehouses in all 48 U.S. continental states and Puerto Rico, where she statellite managed from the corporate office in Hauppauge, NY.

In 2011, Tai decided to switch gears and use her other reserved talents and entered into the world of the residential and office cleaning as the Vice President of Sales and Marketing for Teresa’s Family Cleaning. Working side by side with Teresa Ward and the hand-picked marketing team, Tai was able to expand the brand of TFC through social media and other marketing areas. This had opened doors for TFC and Teresa Ward to be locally and nationally recognized. Because of this TFC was featured in numerous publications (US Weekly/Newsday etc), radio talk-shows (WEHM and others), TV talk-shows (On Dr. Oz dubbed Queen of Clean), Winning Best of Long Island 7 years straight, several speaking engagements throughout Long Island, New Jersey and Nevada and finally ending her career with TFC by achieving recognition for Teresa Ward and meeting with “Shark Tank’s”, Kevin O’Leary in October of 2015.

At the beginning of 2015, Tai decided to start her own network and marking business to help other small to mid-size businesses with optimizing their branding and reach through virtual assistance, social media management and education, thus creating Network Marketing Specialists. In just a little over a year she has grown her company, team and presence along with expanding her clientele.

Tai has taught classes on social media and has presented in front of organizations such as the Brookhaven Township “Women’s Conference” and Smithtown Women Business Network, NYC Jacob Javits Center Marketing Expo as the featured speaker for Constant Contact just to name a few. She has also been a featured guest on the TV-show “Live It UP with Donna Drake” that broadcasts on CBS. She represents 9 companies on Long Island, 5 Authors both nationally and internationally and plans on expanding more in the years to come. NMS growth is promising and if asked, Tai will respond “I’m building an empire.”

Are you an ENIGMA? Surviving and Thriving While Wearing Multiple Business Hats

What does your company do?

It’s such an important question. Hopefully, it’s one that you and your colleagues are often asked. You need to have a precise, interesting, and accurate answer to impress those who want to know.

Regardless of the size of your company or the industry you’re in, employees need an understanding of their company’s background as well as its future goals and objectives. I’ve heard more than a few people in upper management say “everyone is in…